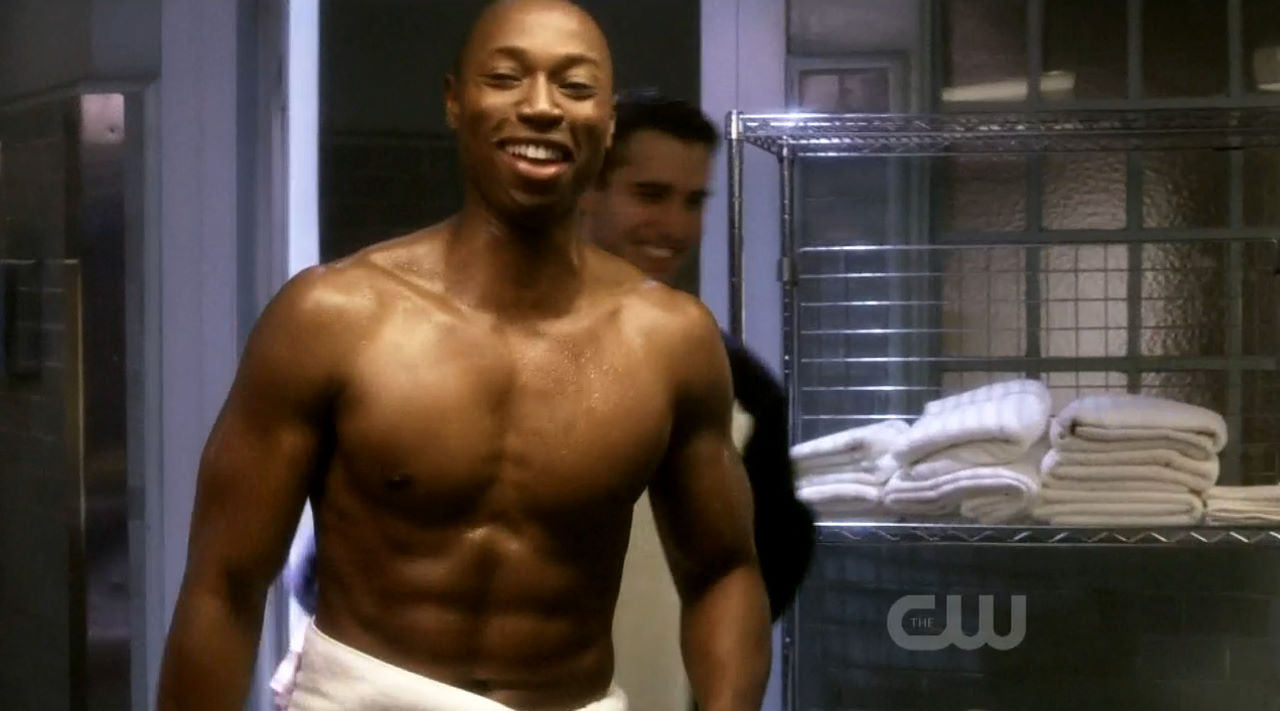 Shirtless Robbie Jones is best known for his role as Lewis Flynn on the show Hellcats. The show ran for two seasons (2010-2011) and although it won a People’s Choice Award in 2011 it wasn’t renewed. He will be appearing in the upcoming film Transit in March, 2012,