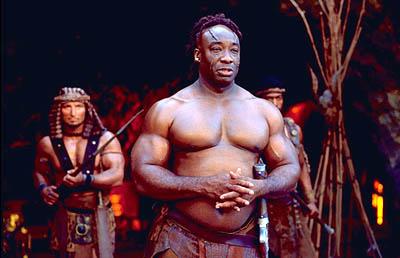 Black and Bulky Michael Clark Duncan looks like a man of health. Well this week he passed away from a heart attack. I found it to be very sad news.  Duncan’s most current role was as Leo Knox in the show The Finder. Unfortunately the show was canceled after just one season. I thought it was great. He is best known for his role as John Coffrey in the film The Green Mile. He received and Emmy and Golden Globe award for his performance in the film.