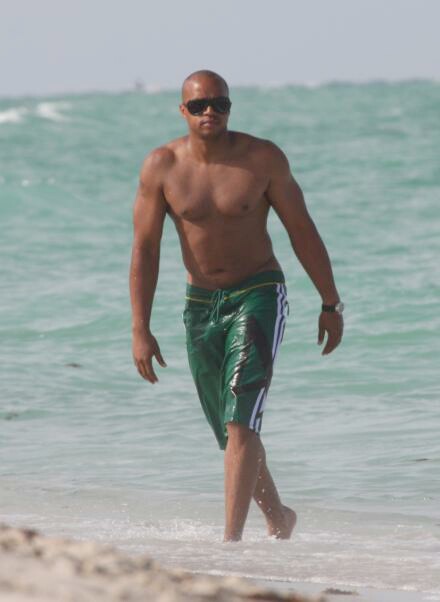 Shirtless Donald Faison is best known for his role as Dr. Christopher Turk in the TV comedy Scrubs. Faison took a small role in the 2011 show Love Bites but it was canceled before it got a chance to really get going. He will be playing the role of Phil Chase in the TV series The Exes which premieres November 30, 2011.