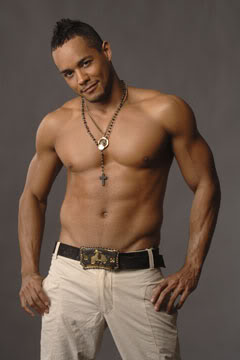 Shirtless Christian Vincent is best known as Ricky in Noah’s Arc. He had a small role between 2005-06. Other than that he has had small roles in other series and film. We are watching for him to land a Naked scene and will post it as soon as we see it!